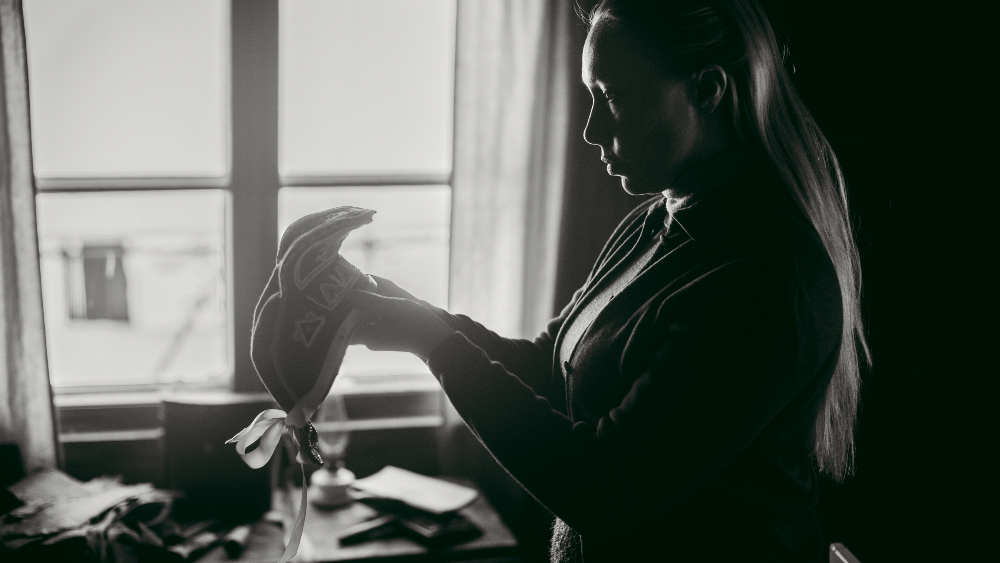 Finnish director Katja Gauriloff won first prize this week at the Danish Film Affair’s works-in-progress exhibition for “Je’vida,” an intimate historical drama that is the first film shot in the Skolt Sámi language.

The film centers on Iida, an elderly Skolt Sámi woman who is in the process of selling her family’s old house and land while hiding her cultural heritage from her niece. It is the story of a woman who has abandoned her past under the pressures of assimilation, traversing three different historical eras to examine the fate of Finland’s indigenous people in the post-war period.

“Je’vida” is a deeply personal journey for Gauriloff, a Skolt Sami filmmaker who has spent her life considering the group’s struggle for survival since World War II, when Russia lost most of its ancestral homeland. “All the people were evacuated to [modern-day] Finland,” said the director, whose mother was born in the native territory of Skolt Sámi in 1942. “We lost our land. We lost our identity. So I wanted to make a movie about it.”

Achieving that was something that for a long time he believed was “an impossible task”. The Skolt Sámi are part of the larger indigenous Sámi group found in Norway, Sweden and Finland. Their language is believed to be spoken by only about 300 people in Finland.

Gauriloff did not learn her native language as a child, growing up in a small Finnish town. “I thought it was just my problem, because I didn’t have this Sámi community near me at the time,” she said. “But then when I started really looking into my background and my roots, I realized it’s not just my problem — it’s a whole generation.”

Featuring a cast made up largely of non-professional indigenous actors, “Je’vida” was inspired by Gauriloff’s travels through the Samiland region, as well as stories the director heard from the women of her home as a child.

talking to Variety this week in Helsinki, Gauriloff recalled a particular story from his childhood. “When my mom was 8 or 9 years old, she practically lived with her grandparents and she helped them a lot. Her grandfather wouldn’t let her go to residential school; he didn’t want her to go anywhere to ‘be broke’. But then Grandpa died suddenly and she was heartbroken,” the director said.

It was winter when the family prepared the body for burial. One night, Gauriloff’s mother sneaked out of her room to see her dead body before he was buried. Years later, the director herself imagined what would have happened to her if she had discovered him still alive. “This was the main idea of ​​the movie: a little girl who has peculiar conversations with her late grandfather,” she Gauriloff said. “This is where it all started.”

“Je’vida” is not the filmmaker’s first attempt to grapple with the intersection of personal history and her people’s past: her latest feature documentary, “Kaisa’s Enchanted Forest,” told the story of Je’vida’s lifelong fascination with a foreign writer with an isolated Lapland race and its mythologies, centering on Gauriloff’s great-grandmother, a venerable storyteller from her remote arctic village. The film premiered at the Berlin Film Festival in 2016 and was described by Variety as “easily charming and distinctive enough to attract specialist exposure beyond the festival circuit”.

“Je’vida” was one of seven fiction feature films in progress to be presented to an audience of industry guests in Helsinki on September 22, during the Danish Film Affair’s showcase of local and regional projects. Currently in post-production, the film is produced by Joonas Berghäll (October), who has worked with Gauriloff for over 20 years and described it as “an amazing example” for the young Sámi inspired by her career path. what young Sámi who want to be filmmakers, how they look at Katja,” he said.

Gauriloff, in turn, is inspired by them. She is studying Skolt Sámi in part so she can “pass something on to my son,” whose generation has benefited from efforts to revive Sámi culture. However, it is a fight to preserve a dying way of life. “Things are looking up,” she said. “But we lost a lot.”

GODDESS OF VICTORY: NIKKE is now open for pre-registration, and here’s everything you need to know

Idle card collecting shooter GODDESS OF VICTORY: NIKKE is now open for pre-registration, allowing players to get their hands on the game as soon...
Read more

TV Competition: The Battle of the Streaming Services